In this workshop, participants will engage in the planning process of a travelling exhibit targeted toward small museums. The exhibit is intended to both present intriguing content for each museum’s visitors and to offer the host museum assistance to incorporate their own local content. It is also intended to demonstrate exhibit practices such as effective interpretation, conservation of exhibit artifacts, and creative solutions to the challenge of minimal funding.

The “compelling artifacts” of the title are two quilts found in an abandoned farmhouse. The “timely topic” is that of interpreting these material culture artifacts to sensitively present the lives and realities of the African American Texans who inhabited that farmhouse and the surrounding settlement of Hopewell. Hopewell is part of a large tract of rural land gifted to Preservation Texas by a descendant of the family that owned the central farm and its grand home. Preservation Texas is devoted to using the whole land for education about rural history, ranching and farming, and vernacular architecture, and giving equal attention to the lives of all the people who lived there.

The quilts were found in the childhood home of Clevan Jones, and made by his mother or grandmother. Their condition reflects the long and practical use served by these products of domestic artistry. Preservation Texas staff have visited Mr. Jones’ current house, photographed the furnishings he brought from the old house, and interviewed him about his life in Hopewell. They will share the gathered history so that workshop participant can determine how to best interpret the information.

Melanie Sanford, a well-respected textile conservator and Director of Conserving Threads in for Dallas, will lead the discussion of the condition and potential conservation of the quilts. Participants will examine them with her to determine the degree and nature of dirt, deterioration and damage they have suffered. They will craft a conservation plan that best protects the artifacts while allowing them to tell the stories of their makers, users and domestic duties.

Dr. Evelyn Montgomery teaches interpretation as the key craft of public history at the University of Texas at Arlington and spent years learning how to curate exhibits on a shoestring at Dallas’ Old City Park. She will gather topic advisors to help the workshop determine the best interpretive path and display plan.

Among those scholars is Dr Whitney Stewart, Assistant Professor at the University of Texas at Dallas. She will share what she has learned from her extensive experience researching, writing and teaching about the study of domestic material culture as a key to understand the lives of historic people of all races.

This workshop is part of the TAM 2023 Annual Conference in San Antonio. All attendees must first be registered for the conference at large here. 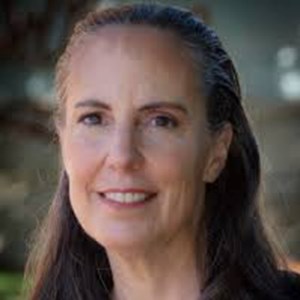 Dr. Montgomery is a historian, curator and public speaker on topics of local history in Dallas. As the curator at Old City Park (Dallas Heritage Village) for over ten years, she researched, cared for, interpreted and exhibited the museum’s collection of material culture artifacts. As Executive Director of the Old Red Museum, she is working with Dallas County to create physical exhibits and a major online presence for a new initiative, the Dallas County History Project.

Dr. Stewart teaches courses in public history, slavery and race and material and visual culture at the University of Texas in Dallas. Under her direction, her students have completed original research, interpretive plans and exhibits for two buildings at Old City Park, an outdoor museum in Dallas. Her publications address both history and its interpretation, and next publication will be This is Our Home: The Struggle for Homeplace on Southern Plantations, through the University of North Carolina Press.

Kennedy Wallace is a graduate of Prairie View A&M university, where she studied community development and assisted with research on Freedmen’s towns. She received a prestigious internship with the Texas Historical Commission to develop a diversity and inclusion toolkit for the Texas Main Street program. She is now the Lead Educator at the Levi Jordon Plantation State Historic Site.

Ron Siebler is an historic preservation expert with many years of experience in the field and awards from the Texas Society of Architects and Preservation Dallas. He has worked with many museums and historic societies to restore and interpret buildings and objects, including the Dallas Holocaust and Human Rights Museum and the African American Heritage Project in Nacogdoches.

Melanie is a textile conservator with over twenty years of experience. She is the founder of Conserving Threads, with offices in Dallas and Nashville to assist history organizations and private individuals with the conservation and preservation of artifacts. Melanie is a long-time member of TAM and has participated in many workshops for the organization.